Jesus healed a weak man. No wonder - God being. What did He do? He forgave his sins, the sins against life, against his nature, and gave him commandment to be man again, the relative of God.

In fact, Jesus came among people to restore them. He told us, on every occasion, that the sins, mistakes against life, these are what make man a maimed person.

The restoration of man is the restoring of his relationship with God.

It is incomprehensible how people pursue the health of the body, but only a few pursue the forgiveness of sins. This latter gives sense to the former.

Jesus had both: the power to forgive sins and the power to heal the body of its illnesses. He was making eyes where there were not from birth; he was straightening crippled people; he was remaking the nervous cells destroyed by sins; and he was resurrecting the dead.

To us priests, Jesus gave us half of His gift: the gift of forgiving the sins of man in His name. The second half, the gift of organic healing, He did not give it to us anymore, because we are all people who wait to be transformed, from earthly humans, into spiritual humans, to immortal humans, to heavenly humans.

Only then will man’s nature liberate itself from weakness.

Until then, he has the power to liberate himself from sins. And this is a greater miracle than healing a stomach, a withered hand, or restoring an eye. These are difficult procedures as well, but they have nothing religious in them. The doctors perform them also.

After all, what does man ask for?

He asks for the holiness that he has lost. 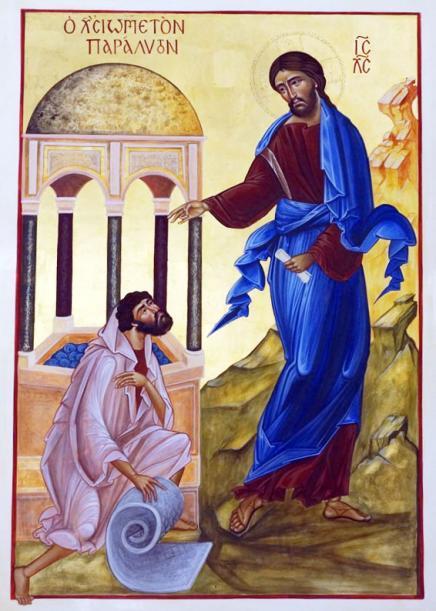